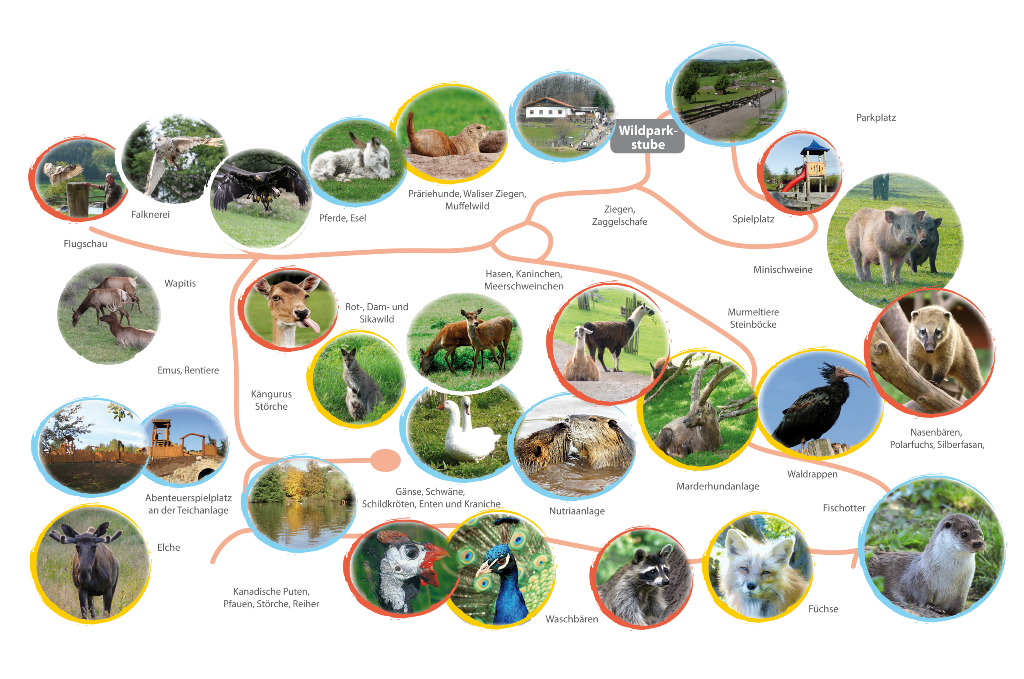 In 1999 Horst Broszeit and his wife Liesel finally fulfilled their dream. The wildlife park was opened in August 1999. In the beginning there were only a few animal species, but over the years the population grew steadily. Today many different animal species live in the park and the Broszeit family strives to constantly give new animal species a home.

On a 1.8 km long circular path, the visitor has the opportunity to experience 400 animals, some of them free-roaming, e.g. red deer, fallow deer and sika deer. Among other things, park visitors can expect animal companionship, because dozens of pot-bellied pigs are very affectionate and follow visitors through the entire park.

The latest achievement are the elks Karl-Gustav and Sylvia. You moved into the wildlife park at the beginning of the year. The wildlife park is hoping for offspring soon. In our falconry, Jörg Broszeit introduces you to various eagles and buzzards, which after extensive training units show their flying skills in the flight demonstration. Vultures, eagle owls and owls with flying tricks are also presented.

Our foxes Bruno, Fee and Blacky are also new to the park. The zookeeper shows up close how trusting foxes and raccoons can be. Especially with the raccoons, you have the option of hand-feeding them yourself. If you want, you can be out with the zoo keeper every day at 2 p.m. By the way, park visitors are also allowed to bring their dogs (on a leash), except in the falconry.

The wildlife park offers great events throughout the year, such as the medieval market, Easter egg search or the festival of lights. Simply combine this with a nice weekend in our Hotel Burgblick.
More details under www.naturwildpark-freisen.de 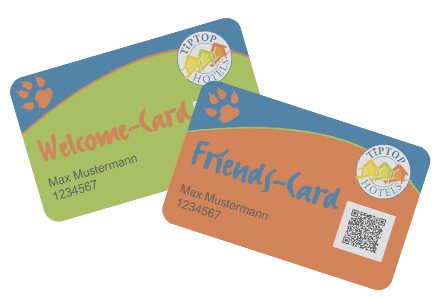 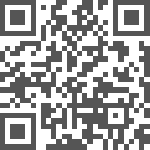 Simply scan the QR code with your smartphone or tablet and register in advance inform about the hotel, e.g. A-Z what you want to know about TV channels, TV program, TIP TOP breakfast, hiking trails, sights in the area, direct booking, motorbike tours, menu, rating, Weather forecast, newspapers, shop, bonus card for our guests and much more.

To the WEB version